Around the World in 80 Minutes

Have you ever wanted to travel to a remote, distant part of the world? Or how about an exotic place with loads of romance or history? We all want to do this but can never seem to find the time or the money to make it happen. The Pensacola Civic Band, now in its 43rd season, invites you to travel with us this fall to many different countries as we experience the world through music.

On November 15th, 2014, at the Pensacola Saenger Theatre, the Pensacola Civic Band presents “Around the World in 80 Minutes” with special guest, trumpeter, Allen Vizzutti. We will take you on a journey through the rich countryside of Ireland and to the outback of Australia. Experience that patriotic home front of America and the “Frozen” tundra of Antarctica. We will explore the rich culture of African ceremonies and dance and much more this world has to offer.

Our special guest artist, Allen Vizzutti, is well traveled having performed in places like Germany, Poland, England, Sweden, Brazil, Canada, Japan, and Australia, just to name a few. Join us on November 15th as Vizzutti thrills us with his talents as both a classical and jazz artist, having performed with artist like Frank Sinatra, Barbara Streisand, Neil Diamond, and Prince. Vizzutti has also used his talents on a number of motion pictures such as Back to the Future, Star Trek, The Hulk, and Medal of Honor. Learn more about Allen Vizzutti and his music at www.vizzutti.com or see his full bio here.

This concert we are proud to be members and supporters of the FooFoo Festival, November 6-17, 2014. The Foo Foo Festival is a twelve day eclectic mixture of art and culture events ranging in tastes, with everything from Blue Angel air shows, and songwriter’s music festivals to ballet, opera, high art and more. Learn more about Pensacola’s FooFoo Festival by visiting www.foofoofest.com.

Take a trip with us around the world in 80 minutes, and we promise it will not cost you the arm and a leg a trip around the world would normally cost. Tickets are $10 and may be purchased at the Lyceum Ticket Office at Pensacola State College (850-484-1847) or at the Saenger Theatre Box Office. Tickets will go on sale in September.

Additionally, having taught at many of the top music institutions, Mr. Vizzutti and the PCB will host a FREE trumpet clinic for area Middle School, High School and College students on Nov. 14th, at 7 p.m. CT on the campus of Pensacola State College in the Ashmore Auditorium rehearsal hall, room 884. 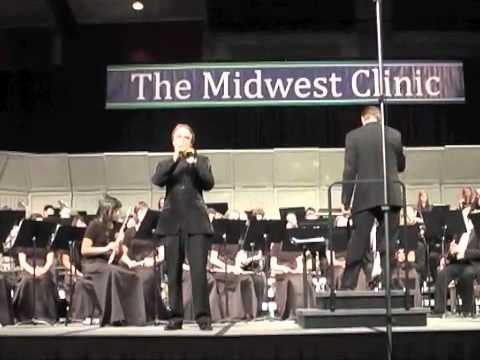 [one_half]Ode for Trumpet by Alfred Reed